Welbeing is one of the UK’s largest telecare organisations. They take care of vulnerable people who can get in touch with their response centres in two ways: through their sheltered housing emergency call systems or individual lifeline units.

In the summer of 2018, the Marketing Team at Welbeing were put in touch with Simply Beautiful Print as the company to speak to about exhibition Design and Build. They were looking for a custom-built stand for their flagship industry event at the TSA ITEC Conference in Birmingham. Having recently been taken over by Doro (the market leader in the industry) the two brands were being brought together for the first time, and on a much larger scale than either brand had experienced separately. It was therefore important that the stand made the right impression so that customers, suppliers, and competitors would see Welbeing was now the go-to company and leader within digital telecare.

Over a matter of weeks, Beautiful worked closely with the team at Welbeing to understand the company’s objectives before developing initial concepts and fine-tuning them into a finished design. What was achieved was a custom-built 24sq/m stand that included two seamless 5m long illuminated tension walls, distinct product display areas and 4m high totems four full colour Backlit LED Lightboxes displaying the Doro brand to the whole venue. Beautiful seamlessly delivered, built and broke down the stand at Birmingham NEC, leaving the team at Welbeing free to focus on their marketing activities. The finished result? In the words of Welbeing themselves:

‘We were very pleased with our experience of working with Beautiful. From the beginning, they were able to listen and understand our requirements and offer a variety of solutions at different budgets that would best showcase our company. Very early on they understood what we were trying to achieve and worked hard against a tight deadline to accommodate all the changes and tweaks we had to make. The result was a very impressive stand that we received many compliments from visitors and a standing ovation from the directors from our Swedish head office!” 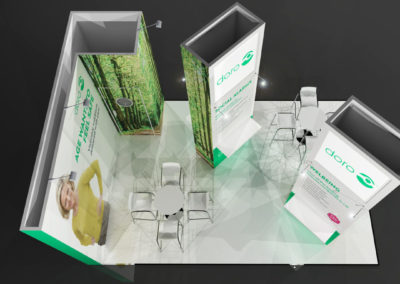 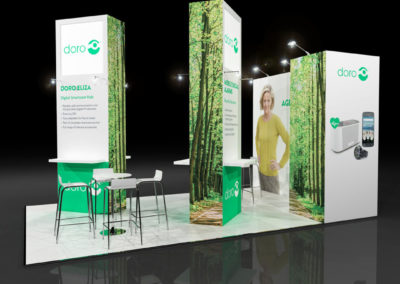 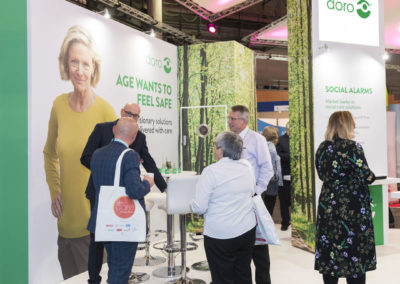 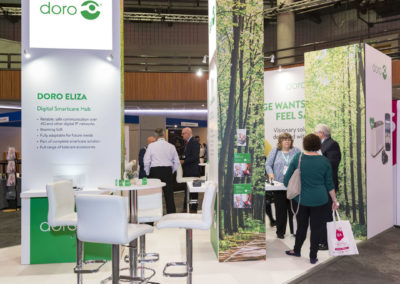 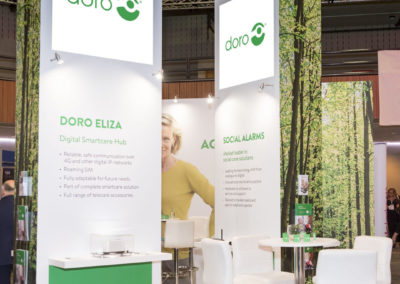 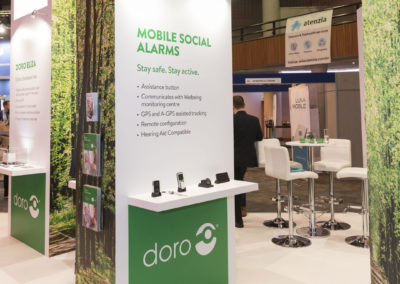 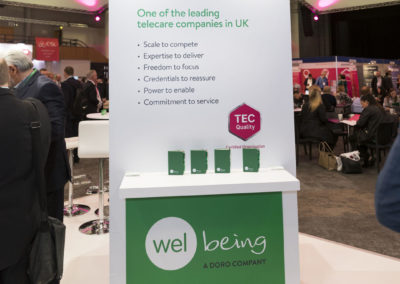 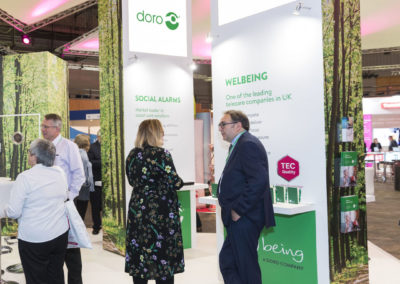 Following the huge success of the October stand, we were approached a few months later to design and provide a freestanding demo unit and iPad kiosk for Sage House in Chichester. Both the units had specific requirements and challenges, therefore the logical route to go was a custom design, built from scratch from White Laminated MDF. The units were designed in consultation with Welbeing, before being built and delivered to Sage House, where the Beautiful team applied the finishing touches – fitting Welbeing’s demo products and interchangeable graphics.

And now for something completely different…

One year on from first making contact, the Welbeing team called upon the services of Beautiful again. They were to exhibit at the same show in Birmingham, but this time they had a slightly different objective; they wanted to invest in a stand that could be used and re-used at a variety of upcoming events. As an approved distributor for a new modular system called T3, Beautiful was able to design a stand consisting of a strong, lightweight aluminium frame, that could be easily reused and reconfigured at a later date. For the 2019 event Beautiful configured the frame to create a stand that had a super-sized LED Backlit Back Wall next to a Display Wall of some 100+ Krispy Kreme Donuts! In addition, we built and supplied a large 5m long front desk as well as designing and developing a series of clever Mobile Charging Pod Tables – which proved to be a very popular addition for both visitors and Welbeing staff alike. 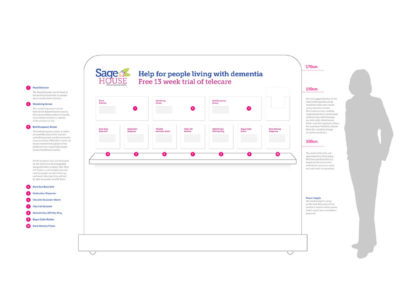 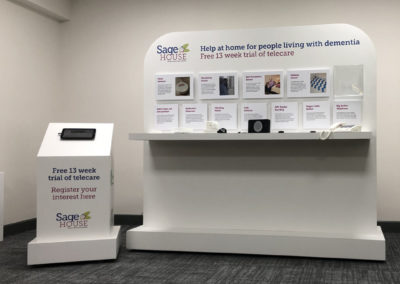 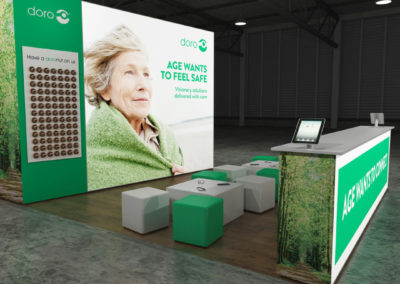 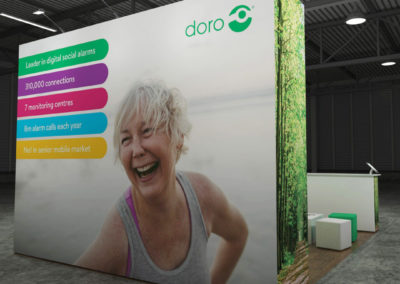 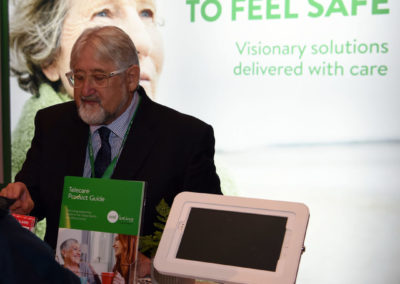 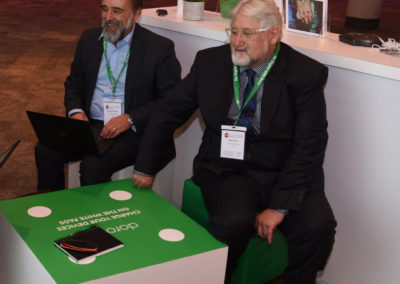 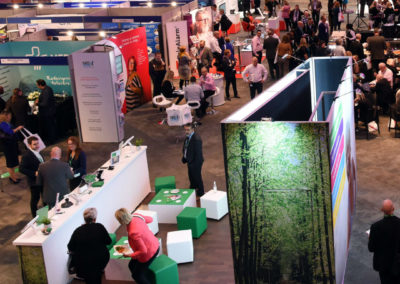