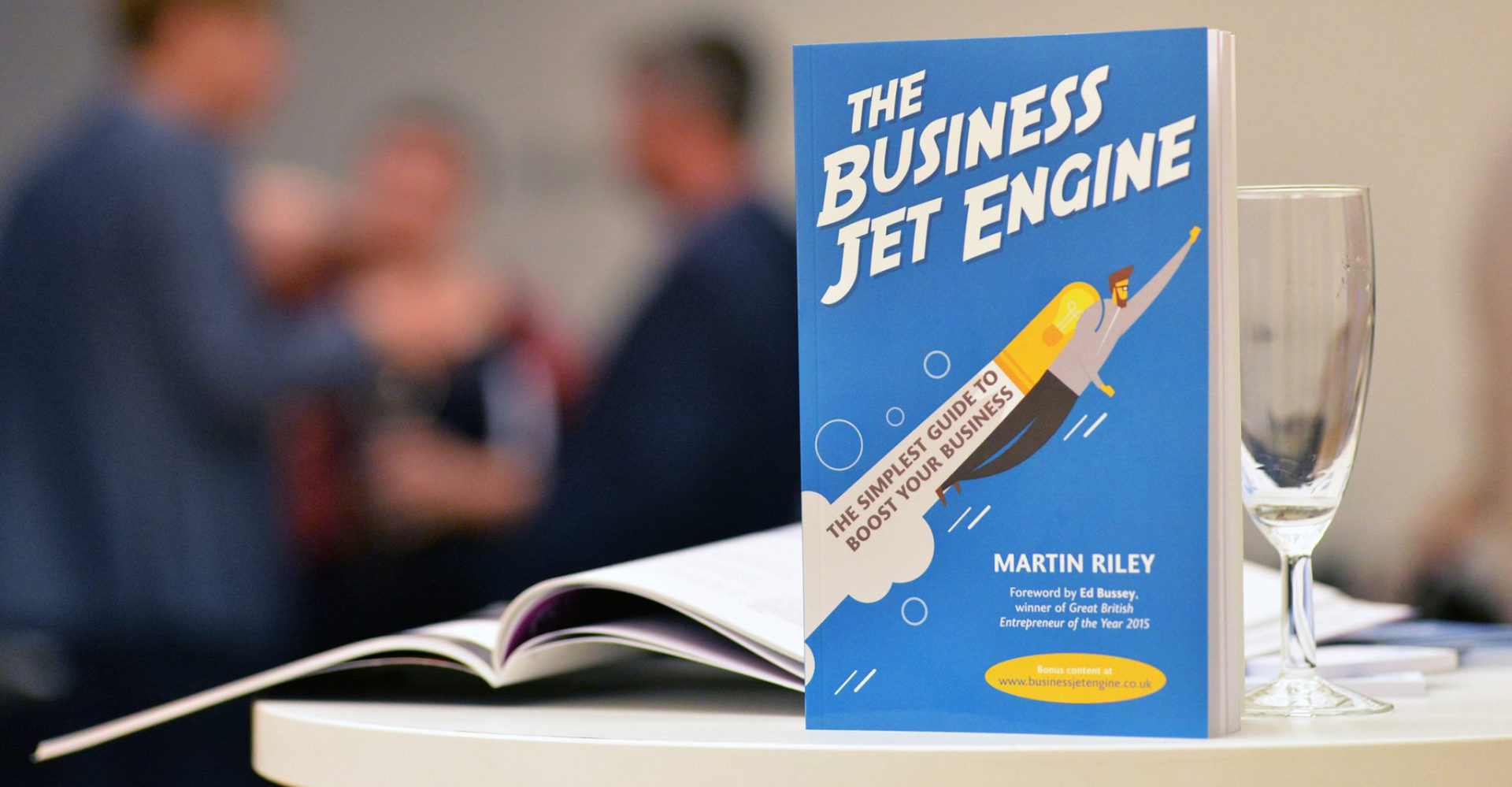 Martin Riley empowers business leaders to achieve their goals and ambitions. He is the creator of what he calls The Business Jet Engine – a unique model with tools designed to help leaders to pin down the actions that will make the biggest difference to their business.

In late 2017 Martin Riley became a published author with the release of the ‘The Business Jet Engine’. Sold through Amazon, the book shares his unique model and tools to leaders seeking new guidance on how to best steer their business to greater success.

The book launch, held at the De La Warr in Bexhill, saw local businesses and Martin’s supporters celebrate the release. Martin approached Beautiful wanting to make a big impression at the launch. He needed a striking display that would be easy to set up for the De La Warr launch and that would be versatile enough to use at subsequent promotional events. 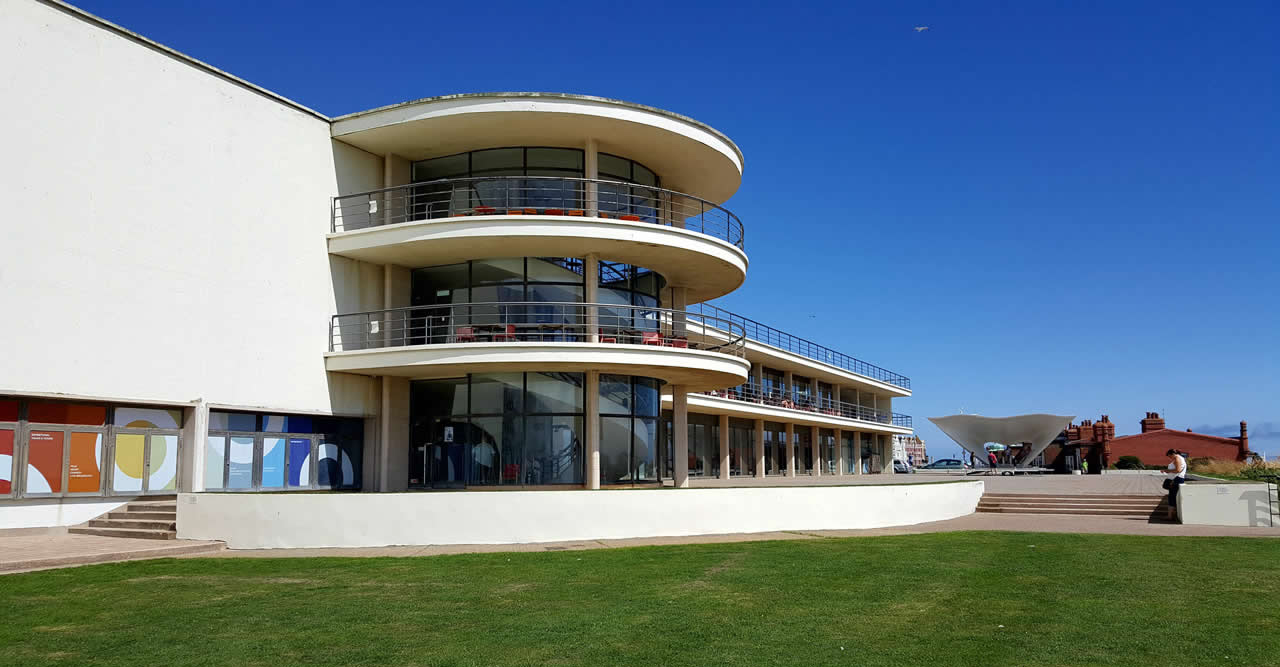 Due to Martin’s background as a designer, we knew that the high-end aluminium aesthetics and clever tool-free construction of the Centro System would appeal. With the ‘Twist-Lock’ Centro System the single free-standing display wall could be assembled and taken apart in less than 15 minutes, plus with the purchase of the optional wheeled case became super easy to transport.

At the launch copies of the book were displayed on a matching Centro Counter, which later came into its own as a book signing table. A Centro Podium Kit also attached to the stand to provide a shelf for a presentation screen, whilst a Centro iPad Kit positioned an iPad to  at eye height, making the Business Jet Engine website available for navigation.

“We are delighted with the stand. The design was spot on, as was the execution and service. It was exactly what we were looking for and has proved very versatile – for example, we can take just the counter stand to some of our smaller events and use it to display the books. The stand itself looks as good as ever and has attracted a lot of attention. The strong colour and simple design is very striking and draws people to it, and promotes the brand well.” 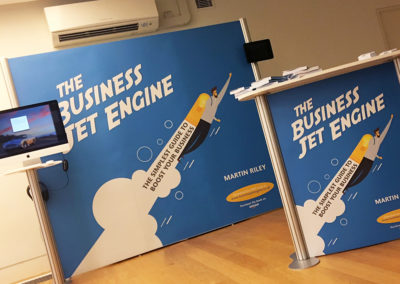 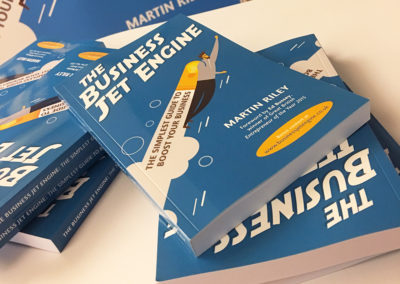 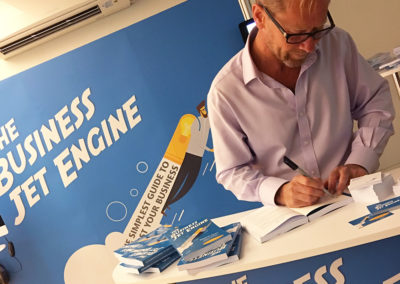 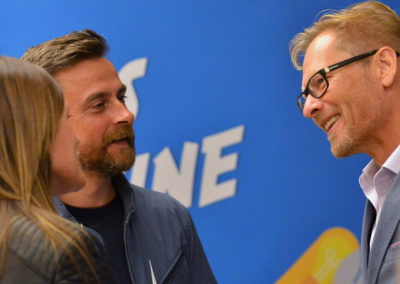 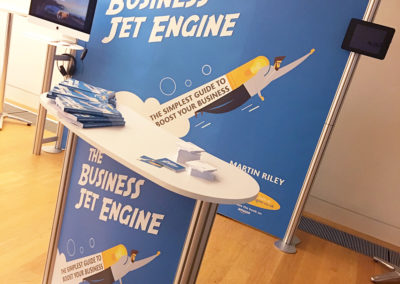 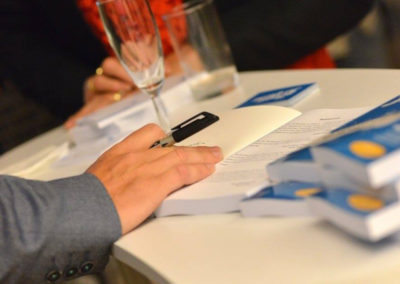 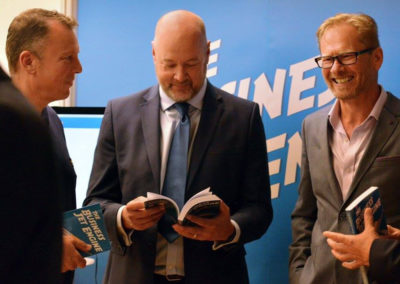 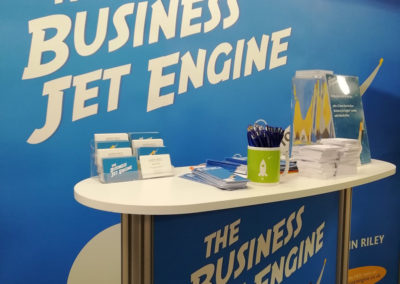